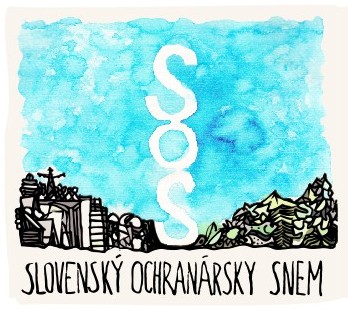 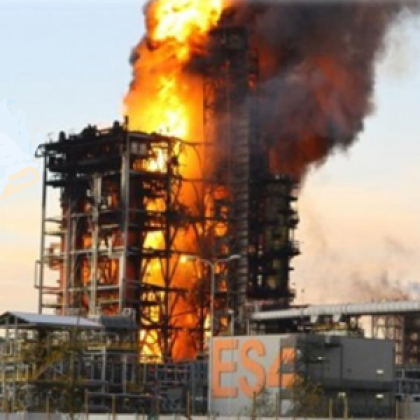 ENVIRONMENTAL THREATS OF WAR IN UKRAINE

War always means human suffering, blood, tears, and the pain of loss. However, not only people are victims of the war, but also the environment. Nature, all living beings, and their habitats are the “silent victims” of the war. War threatens the human environment, agro- and urban ecosystems.

It is no exaggeration to say, that war is a factor of large-scale, complex, and long-lasting environmental threats, risks, and catastrophes that result in the degradation of both the natural and human environment.

Military actions disrupt the functioning of all systems of nature services (climate support systems, soil fertility, purification of water and air, pollination, etc.) They have both local and global consequences because of the violation of the integrity of the Biosphere, the state of natural resources and rate of their restoration, etc.

First of all, this is the concern of impacts on climate and climate support systems, since the military actions are accompanied by the high level of emission of harmful substances into the atmosphere resulting from the use of military machines and other weapon systems, triggering technogenic pollution by the targeting of industrial objects, as well as the destruction of vegetation. Damage to nuclear facilities is particularly dangerous.

It is worth mentioning that the development of contemporary ecologism and modern environmental movement coincide in time with the strengthening of antiwar protests and activation of movements for human rights during the 1960 – 1970th. The protest against war and environmental advocacy sounded in one voice during the Vietnam War (1961 – 1971), which saw the use not only of traditional weapons but also of the Agent Orange toxic defoliant, which caused serious health problems for Vietnamese people and American soldiers and their offspring. As a result of the massive use of Agent Orange forests and their biodiversity have suffered significant losses.

In order to prevent or diminish the negative impacts of war, the Convention on the Prohibition of Military or Any Other Hostile Use of Environmental Modification Techniques was adopted in 1976 (open for signing on 18 May 1977). The Convention prohibits to use of the methods of the modification of the environment as a tool of war action. It is noteworthy that both Ukraine and the Russian Federation are signatories to this Convention.

In the year 2001, the General Assembly of the United Nations proclaimed 6 November as the International Day for Preventing the Exploitation of the Environment in War and Armed Conflict, because the environmental harms of the war result in a long-term degradation of ecosystems and natural resources and go far beyond hostilities.

Conditionally environmental impacts of war and hostilities may present themselves in different ways: direct and indirect, short-term and long-term. These include:

This is by no means a complete list of real and potential threats and risks.

War violates basic principles of environmental justice and exacerbates injustice in all its forms and manifestations.

Ukraine faces all the problems mentioned above from the time of occupation of Crimea and proxy hostilities in the part of the Donetsk and Luhansk regions. Those problems were raised by both the state authorities and activists. However, it should be acknowledged that concern about the environmental impacts of the Russian aggression during the years 2014–2022 was not sufficient.

The current Russian full-scale invasion (beginning on 24 February 2022) makes extensive and unprecedented impacts on nature, the human environment, and the quality of human life. The invaders brutally violate all rules of war, international conventions, and treaties, resorting to terror, thus threatening global safety. Russian forces deliberately and unprecedently occupy and target nuclear power and research facilities (including Chornobyl and Zaporizhzhya nuclear plants, and Kharkiv Institute of Physics and Technology), thus resorting to nuclear blackmailing and putting human lives and environmental safety at stake. For instance, the Zaporizhzhya nuclear plant is the largest in Europe (15 power units), and accidents or mismanagement may result in a Pan-European or global catastrophe. [https://suspilne.media/214505-okupacia-rujnuvanna-i-riziki-golova-energoatoma-rozpoviv-pro-stan-zaporizkoi-aes/]

According to the report of the UNEP’s program on curtailing the use of Explosive Weapons in Populated Areas (EWIPA), Ukraine was added to the list of countries (like Afghanistan, Iraq, Syria) where population, urban and natural environment suffered enormous losses and destruction due to the application of explosive weapons in populated areas [https://www.unep.org/news-and-stories/story/environmental-legacy-explosive-weapons-populated-areas;  https://t.me/energoatom_ua/3155].

Protected areas of Ukraine also heavily suffer from Russian aggression. According to the estimation of the Ukrainian Parliament Commissioner for Human Rights Lyudmila Denisova, there are about a third of the territory of the nature reserve fund of Ukraine under threat of destruction. There are Luhansk Nature Reserve, Black Sea Biosphere Reserve, Askania-Nova Biosphere Reserve, National nature parks “Azov-Sivasky” and “Dzharilgatsky”, arboretum “Trostyanets”, and others. The Kherson hydrobiological station was severely damaged.

The crucial task of the Ukrainian society now is decreasing environmental damage and risks from the current war, documenting all crimes against the environment committed by the Russian Federation, and informing the international community. For instance, information about military crimes against people and the environment is regularly placed on the site of the special project “Naturalliance” [https://staging.naturalliance.org/en/bqxepxf_yrxcqwp_zrxcaqwp/human-conflict-and-communication] of the European Sustainable Use Group (ESUG) to deliver the truth about Russian aggression in Ukraine to people abroad. This online resource is translated into many languages, including Russian [https://naturalliance-azia.sycl.net/1/%D0%BD%D0%B0%D1%88%D0%B0-%D0%BF%D1%80%D0%B8%D1%80%D0%BE%D0%B4%D0%B0].

It is also important to prepare the lawsuit to claim the appropriate compensation for environmental damage from the aggressor country. The Ukrainian environmental NGO “All-Ukrainian Ecological League” (Всеукраїнська екологічна ліга, or ВЕЛ) initiated the National videoconference “Environmental threats and risks to the environment, life and health from Russian military aggression” (28 February 2022) to discuss the environmental challenges of the war and to work out and organize the procedure of documentation environmental crimes of Russian Federation for preparing a Note to the International Criminal Court [https://www.ecoleague.net/pro-vel/tematychni-napriamy-diialnosti/vplyv-voiennykh-dii-na-dovkillia].

It is also extremally important to use all international resources, platforms, and forums to deliver the information from the hot points in Ukraine and about the environmental harms caused by the Russian aggression because nature and the environment have no national borders.